You are here: Home / Massachusetts / A Saturday in Amesbury / Salisbury – Ducks, Herbs and The Beach

After not taking a single day off from working for several years – my “job job” during the week and my own stuff on the weekends – I decided at the beginning of this summer that I need to take one day a week off from the computer and just have fun. Before going to Sweden in June, I was starting to feel seriously burned out, and the stress was starting to affect both my health, relationships, and life in general. I feel like I have completely lost touch with my photography and creativity, and miss taking pictures just for the fun of it (well, the stock photos can be fun too, but you always have the business side of it in mind too, rather than just shooting whatever catches your eye). So now I’m allowing myself to play once a week, to hopefully get renewed inspiration and keep the stress under control. And maybe I’ll finally also get to that huge file of “fun and creative ideas to try” that’s been sitting on my desk forever. But as long as the weather is nice, I’m planning to do things outside for my fun days.

Last Saturday, my husband was going to Newburyport (a cute coastal town about an hour north of us) for an all-day poetry thing, and I decided to come along and explore on my own while he was doing that (poetry is not really my thing, plus I wanted to be outside). After dropping him off, I continued on to Amesbury, which lies about 10 minutes north of Newburyport, right on the New Hampshire border. I had never been there before, but wanted to check out the farmer’s market and the beach, plus my Mother-in-law has been talking about a place called The Herb Farmacy for years now, so I added that to my list as well. 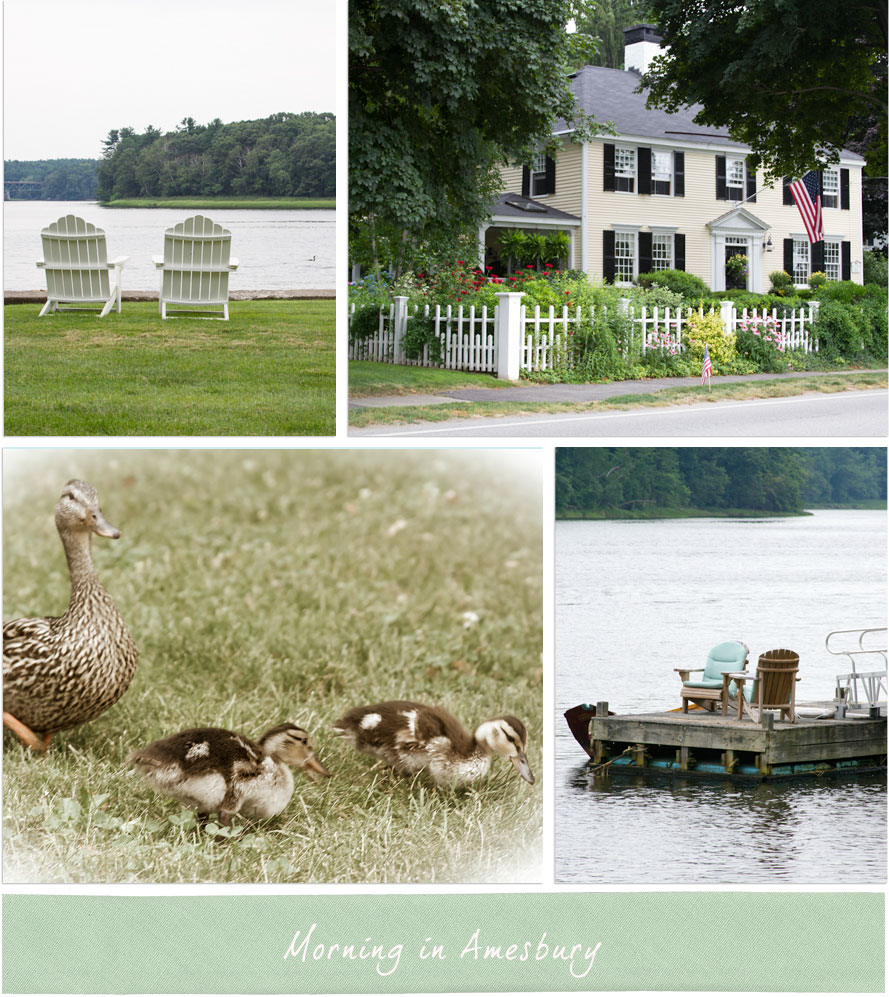 It was one of those summer mornings I love, still and overcast, but warm, and you could tell it was going to be a hot day. I started out on Main Street, and it was adorable! Gorgeous houses with views to die for, beautiful, lush gardens, and a classic, white New England church. I parked at a little park overlooking a harbor and Merrimack River and the first thing I saw was a duck with two ducklings. So of course I had to take pictures. Lots of pictures. 🙂 The farmer’s market was nice, but very small, and after a quick stop there, I took a walk along Main Street and shot some more. It was such a quiet and peaceful weekend morning, birds and people were just hanging out taking it easy, sprinklers were going on the lawns and the air smelled of the ocean and freshly cut grass.

Then I headed up to The Herb Farmacy, which was really pretty difficult to find, (why is there hardly any signage anywhere in New England?) but so worth the trip. It’s not huge, 3 greenhouses plus herbs outside, but there is a lot there. I had no idea there were so many types of Thyme! The owner, Rita, was there watering the plants and she was so helpful answering all my questions (and allowed me to take pictures). I definitely recommend a visit if you’re in the area. 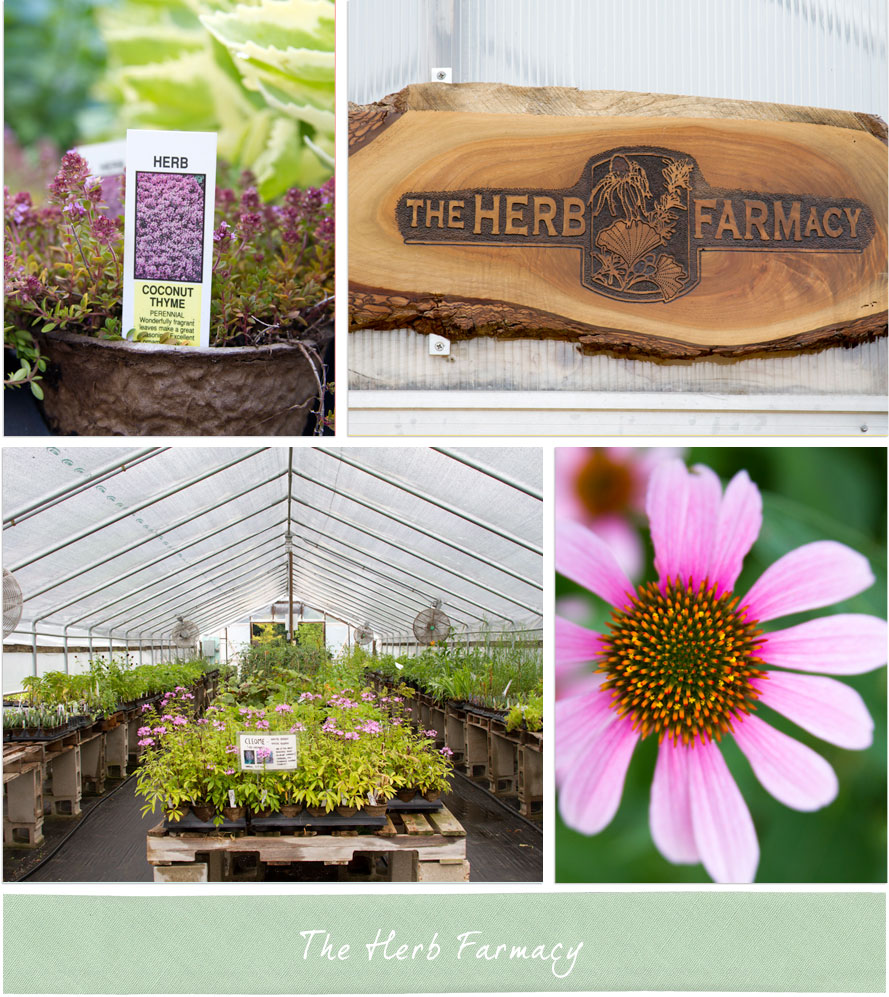 After an impulse purchase of a bunch of herbs, I headed over to Salisbury beach, which I had never visited either. It was such a pretty drive, parts of it on a little country road with farms and grazing animals on both sides. I had feared that the parking lot would be full, especially since Crane Beach in Ipswich was closed (my absolute favorite on the North Shore) due to an unfortunate bacteria outbreak… But the parking lot at Salisbury Beach is HUGE, and there was plenty of space. I asked before paying if they had problems with greenheads (nasty biting flies that are usually around in July), and they said, yes they have them, people had not been complaining but if I found it unbearable, to come back and get a refund. How nice is that?!? Anyway, the flies were not a problem, but the beach was way too crowded for my taste. And the water was freezing; so cold that I don’t think I could ever have gotten used to it (you know how when the water is chilly, you usually get used to it after you get in, but I don’t think that would have happened here). Other than that, it was a nice, long, clean beach with dunes, semi-coarse, medium blond sand. But after ½ hour of dodging people while walking along the water, I left. 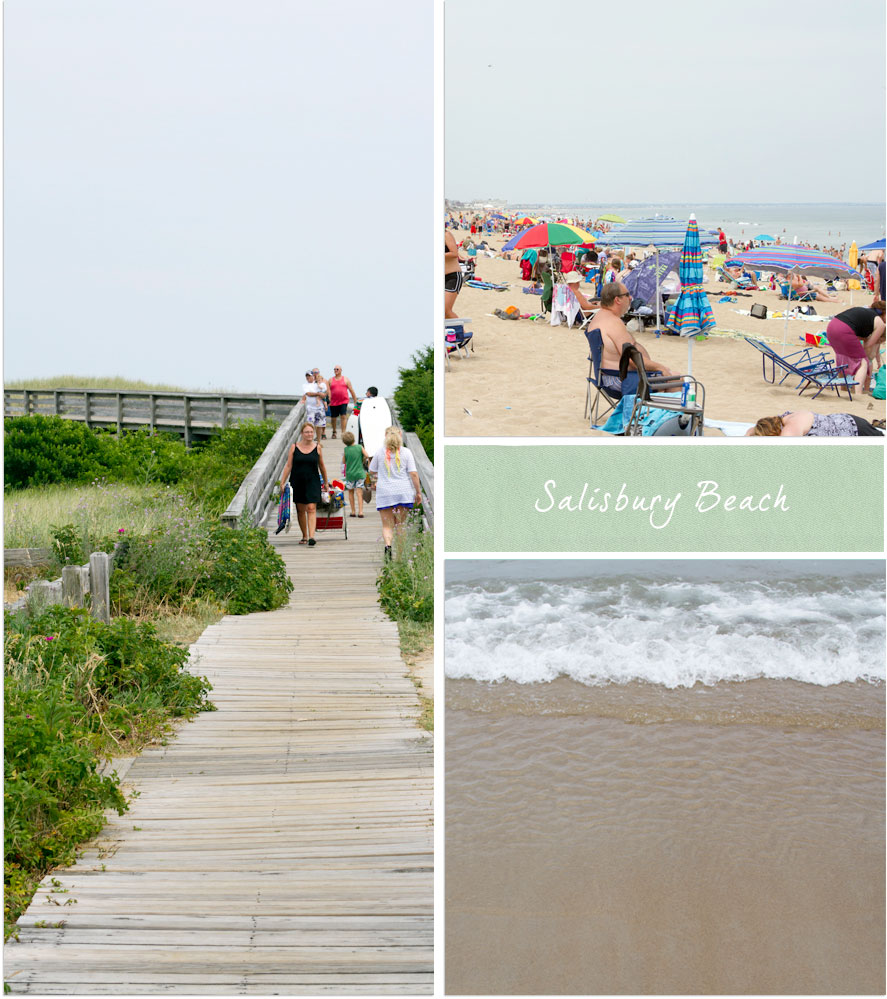 I made a few more stops on my way home, but there is way too much text in this post as it is, so I’ll save that for another one! All in all, I totally enjoyed my first “fun day off”, took more pictures than I have in a long time, and came home full of inspiration and new ideas. This was definitely a good idea.