Is it just me, or are Dala horses everywhere lately? I keep seeing them on everything (and I never even made it to Sweden this summer!), both in their classic painted style, and with fun twists. There was no shortage of Dala horse decor  in our home when I was growing up (my Mom was from Dalarna, the part of Sweden where they originated), but I never thought of them as particularly hip or stylish, or something I wanted anywhere near my room as a teenager.

Guess times have changed… I like them a whole lot more than I used to, and am thankful for the collection I have inherited (though I have to find a good space for them – they’re still sitting in a box in the basement). 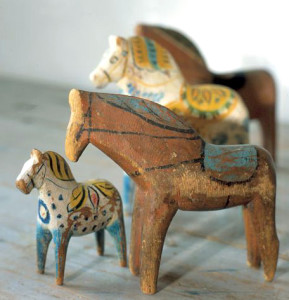 The tiny horses originated in Dalarna (a province sort of in the middle of Sweden, with one part bordering Norway) hundreds of years ago; nobody knows exactly when, but the first one mentioned in writing is from 1624. They were made from scrap pieces of wood and used as toys. The Dala horse (Dalahäst in Swedish) as we know it – red with kurbits painting (for more on kurbits, see my clogs for women post) – first appeared sometime in the 1800s and became internationally known (famous even) when a 9.8’ high dala horse was placed outside Sweden’s pavilion at the 1939 New York World’s Fair in order to entice visitors to come in.

These days, the horses are well-known symbols of Sweden and have become collector’s items (I really like the old versions with the muted colors and sometimes cave-paintingesque shapes).

Here are some of my recent modern favorite finds (must buy the Mia Blanche mugs the next time I’m in Sweden!): 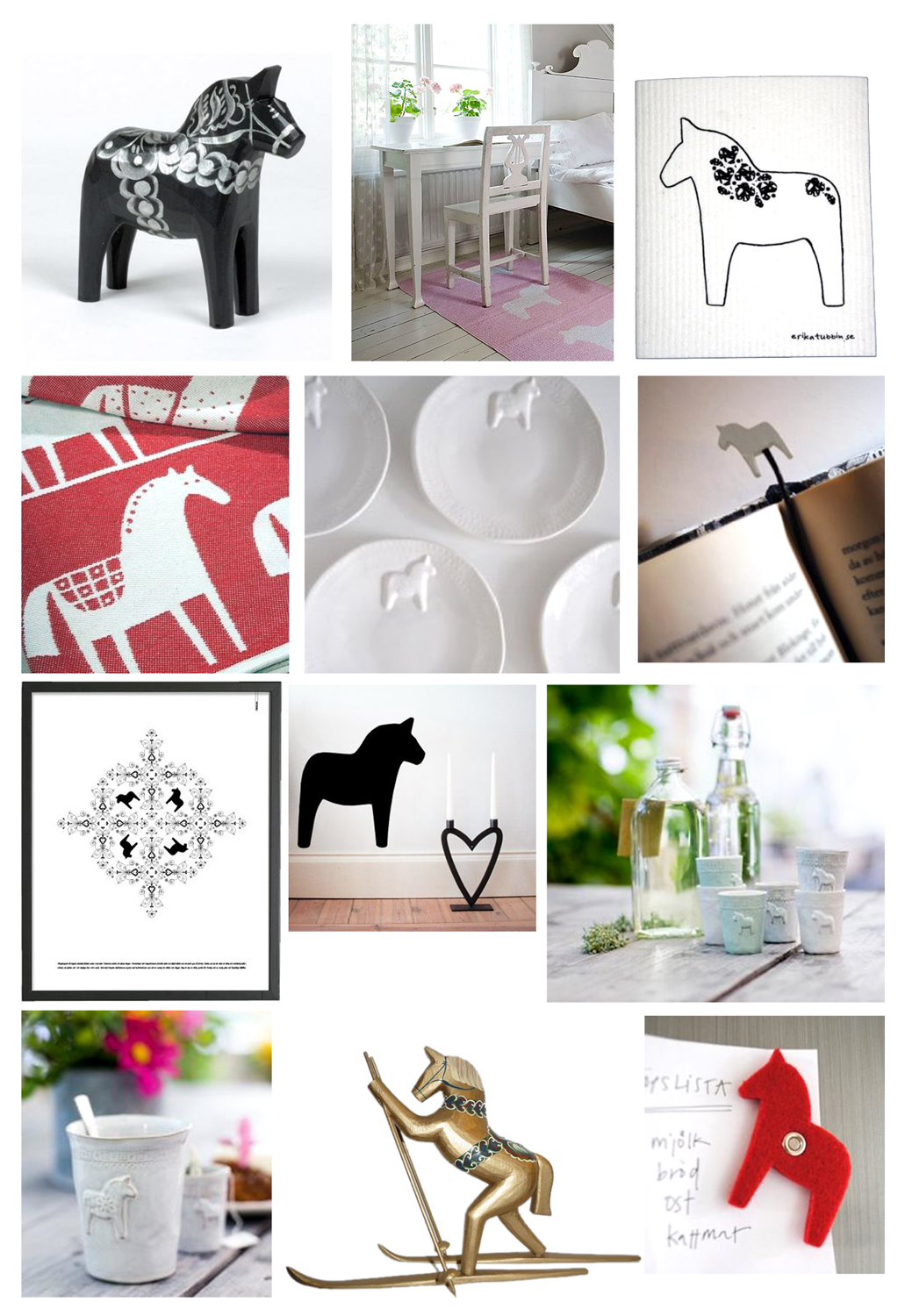