You are here: Home / Design / Decor / Homes / Hövding – Bike Helmets Like You’ve Never Seen Them Before

Would you wear this? 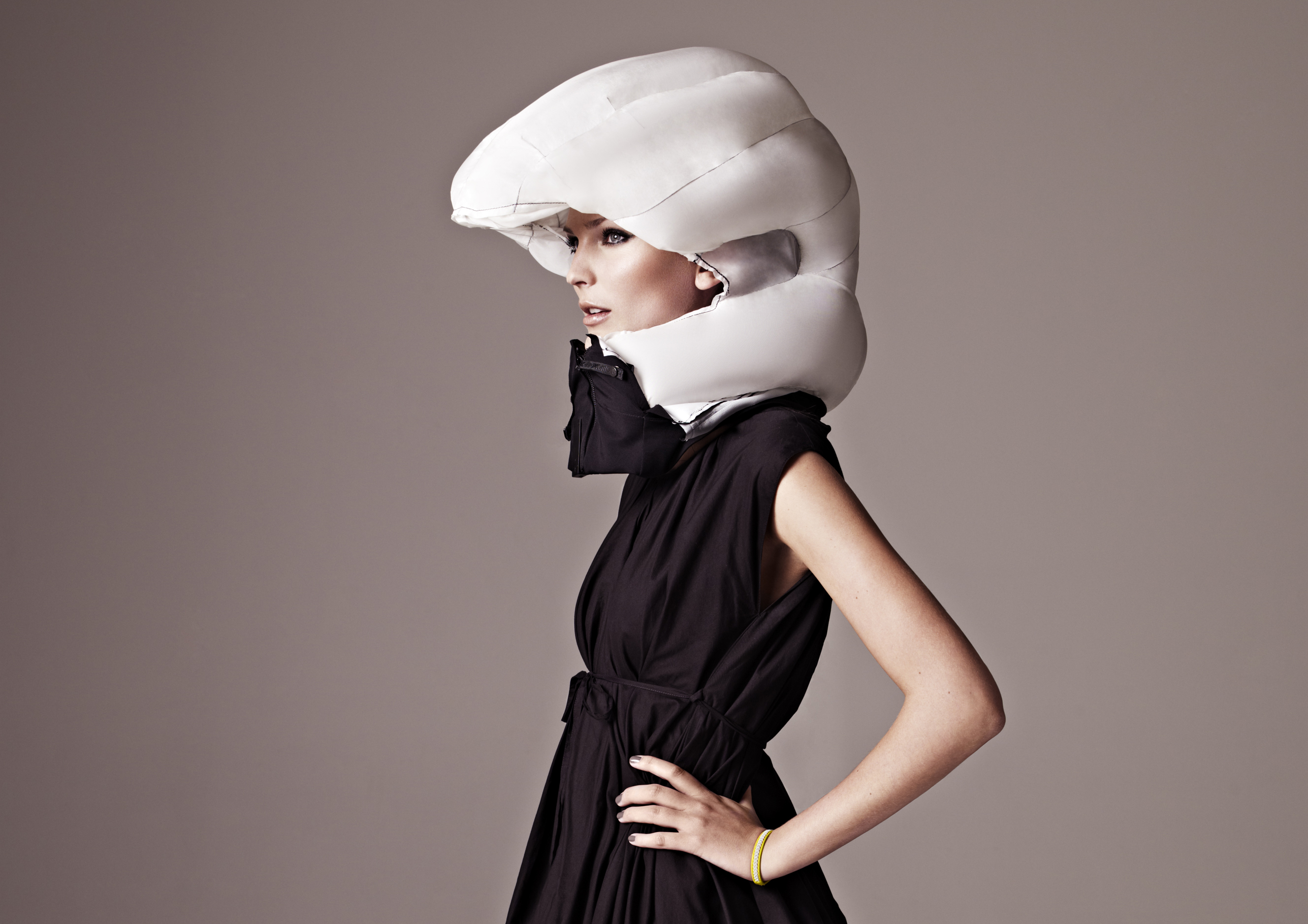 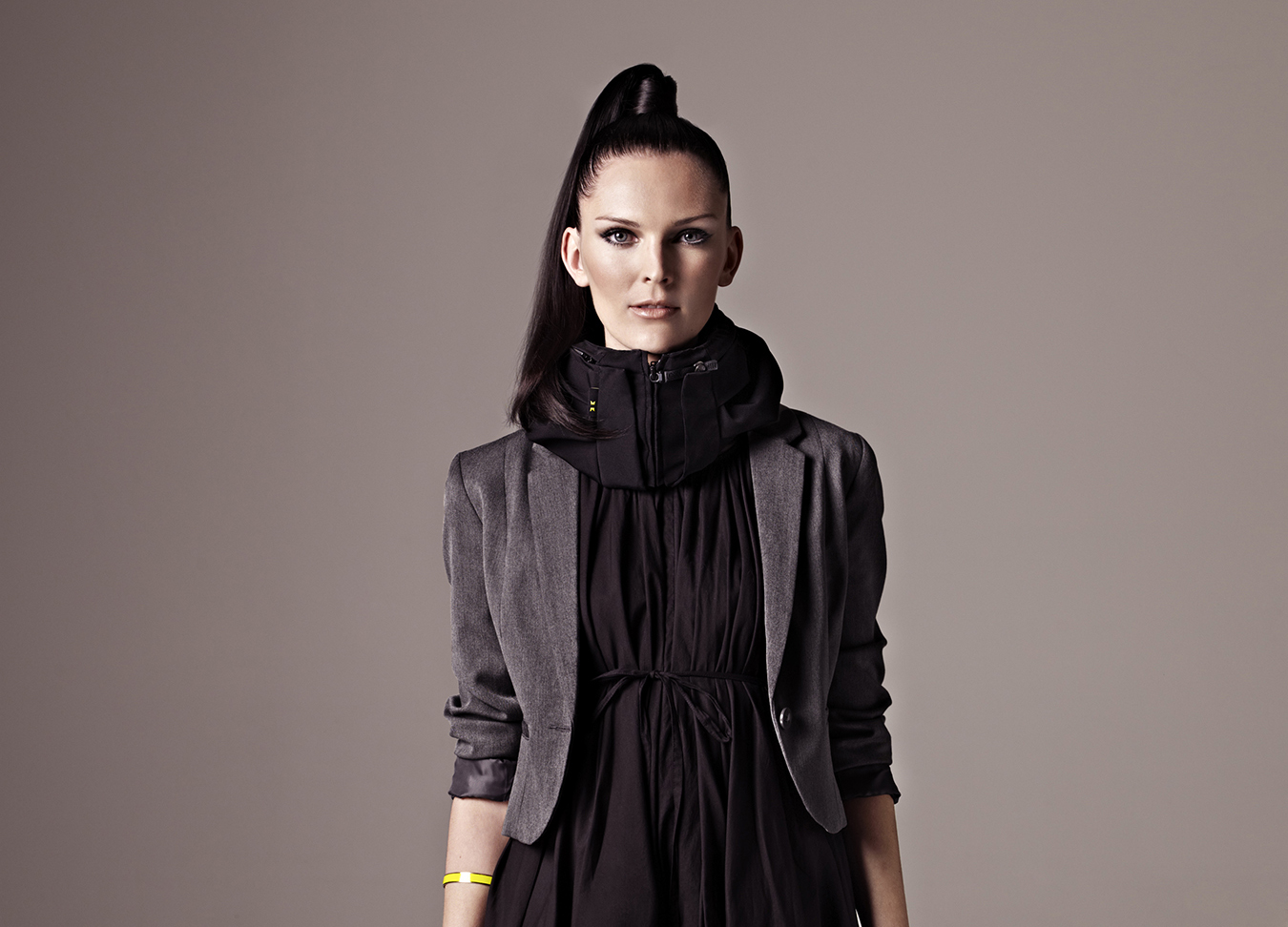 When I first saw the top picture, my reaction was – who would rather wear that than a regular bike helmet?! But then I learned more, and I think this is one of the best inventions I’ve seen lately (it’s from Sweden, of course) 🙂

I’ll be the first to admit that though I rarely ride a bike (I love biking, but Boston traffic is horrible and I sold my bike after I ended up on the hood of a car on the way to work one day), when I do, I do not wear a helmet. I have terrible Scandinavian hair (baby fine, turns to frizz in a second) and the only time I even consider wearing anything on my head is if I’m heading straight home to wash my hair.

And I’m not the only one who feels this way – many helm-less bicyclists are seriously injured and killed in accidents ever year. In Sweden, a law was passed in 2005, making bike helmets mandatory for children (up to the age of 15) and there have been discussions to extend that law to include adults as well. Bike culture in Sweden is very different from here in the US (at least where I live); in Sweden, biking is not so much a sport as a means of daily transportation. “Everybody” rides their bikes “everywhere” (grocery shopping, to and from work, picking up the kids, going out at night), especially in the larger cities where parking is a pain and you actually can live without a car. So imposing a law forcing people to wear helmets has not been a popular idea and could potentially make people drive instead of riding their bike.

The inventors of Hövding, Anna Haupt and Terese Alstin, were working on their industrial design master’s thesis at the University of Lund in Sweden when the law was first passed, and they felt the same way I do about wearing a bike helmet. But they thought: instead of passing a law, why not make helmets that people would actually wear? After much research they came up with Hövding (Swedish for chieftain). Today, their company employs 14 people, and they just won the Index award at Copenhagen Design Week.

How Does It Work?
You wear it around your neck as a collar. The collar has sensors which detect abnormal movement, and if you’re in an accident, the air bag is inflated around your head. It runs on a rechargeable battery which lasts around 15 hours, and I guess that’s the one downside to Hövding – you have to remember to charge it.

They come in black only, but they have optional outer shells in black and a pretty paisley (I’m sure they’ll be more shells in different colors eventually). I love the idea and will most certainly get one (and a new bike). 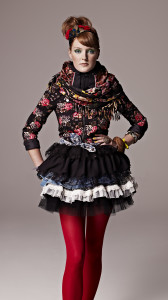 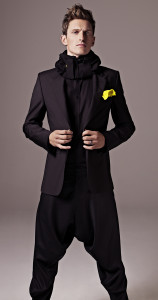 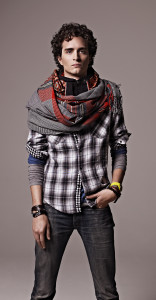