You are here: Home / Food & Drink / Recipes / Cooking / I’ve Been Making Vanilla Extract And I Didn’t Even Know It!
Some of the links in this post are affiliate links. If you click on a link and make a purchase, I’ll receive a small commission.

I had no idea you could make your own vanilla extract until I just happened to do it by chance!

Last summer, when I was making licorice vanilla bean ice cream, I was looking at the vanilla pod after I had scraped out the seeds and thought it would be a shame to just throw it out, so I put it in a bottle and filled it up with vodka, to see what would happen. I always put a teeny bit of alcohol in my homemade ice cream so it doesn’t freeze so hard, and I thought if nothing else, I can always use it for that. 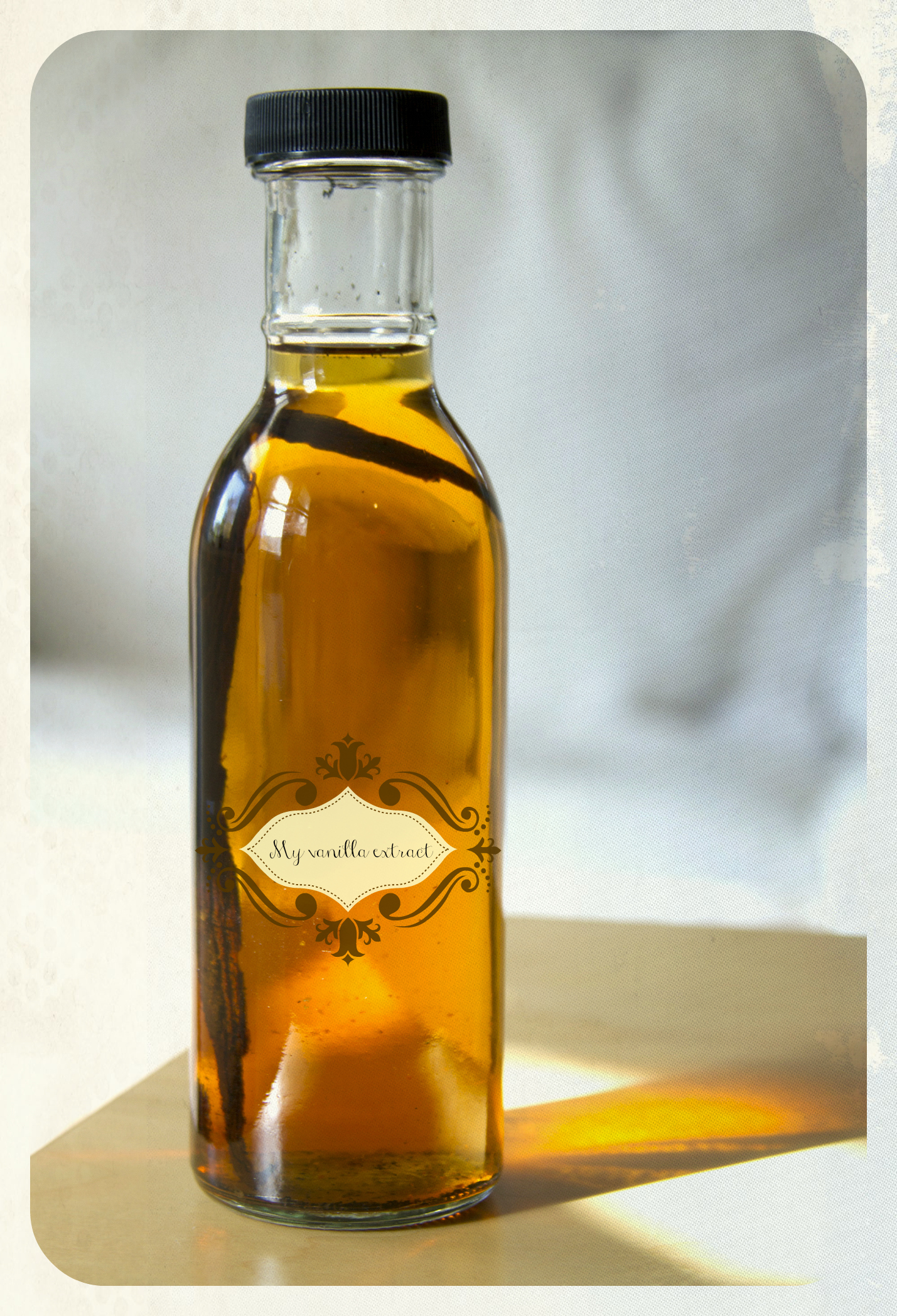 Well, it turns out I was making vanilla extract! It has now been sitting for around 7 months, and it has taken on a pretty amber color and smells just like vanilla extract. So that’s all it takes for homemade vanilla extract – vodka, vanilla bean, and a little bit of patience to let the flavor develop. Who knew it was that easy?!

I used Frontier organic vanilla beans, Grey Goose vodka and a glass bottle I already had (I have a weakness for glass bottles and can’t bear to throw the ones I like in the recycling once they’re empty, and consequently have an absurd number of glass bottles around!), but I’m sure any brand vanilla bean and vodka works fine.

I can’t wait to use it in ice cream this summer. I think it could also make a cute, inexpensive hostess gift – I’d put some in a small, pretty bottle and tie a ribbon around it.