You are here: Home / Food & Drink / Recipes / Cooking / Coconut Milk Vanilla & Licorice Ice Cream
Some of the links in this post are affiliate links. If you click on a link and make a purchase, I’ll receive a small commission.

Licorice is one of my favorite flavors. It’s hugely popular in Sweden; I’d say it’s up there with chocolate as people’s favorite candy. Swedish licorice candy is different from the kind you find here in the US though, much more intense, sometimes salty and very sharp (it will clear out your sinuses!). 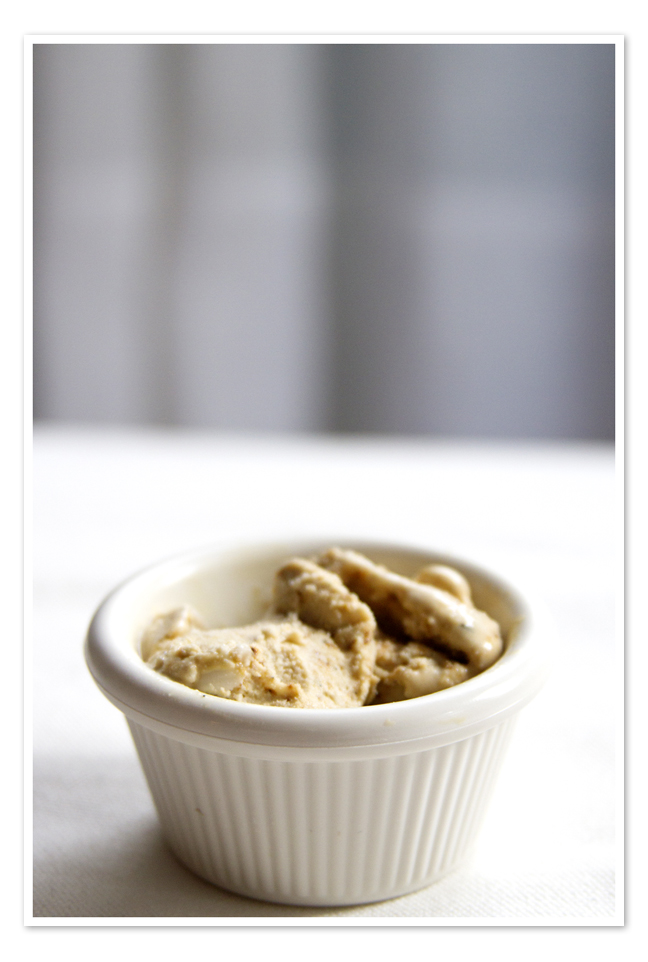 That intense flavor comes from real licorice root, which in addition to being delicious has a lot of health benefits (and risks if eaten in excess, which is so often the case with medicinal plants). It’s anti-viral, helps with stomach ulcers, GERD, indigestion, coughs, colds, etc. When I was growing up (in Sweden), you could buy licorice at the apothecary (along with honey, saffron and a few other things you wouldn’t necessarily think of as medicine), and we often bought whole licorice roots to chew on (as candy). 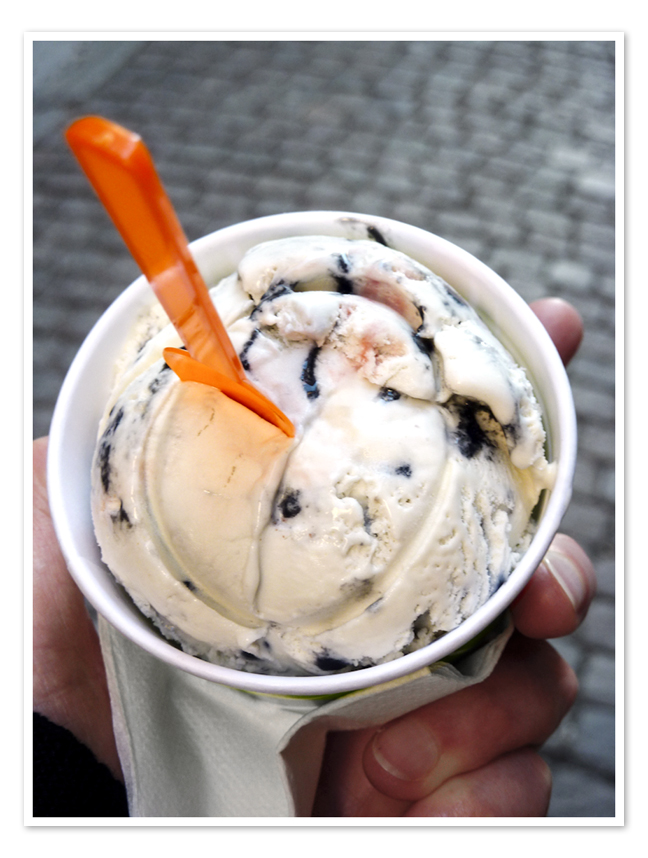 When I was home on vacation this summer, I came down with a horrible cold, I hadn’t been that sick in years, and started craving licorice like mad. One day when we were out strolling around (I just couldn’t spend my vacation in bed, sick or not) I found this very exciting ice cream (above) and had to try it – Vanilla ice cream with salt licorice fudge and red (hot) chili licorice sauce. Licorice ice cream is nothing new in Sweden, but I had not seen this particular flavor before. It was amazing!

It seems that licorice has become even more popular in Sweden in recent years. People are using it in new ways, and I found licorice products I had not seen before, among them the granulated licorice root used for this recipe. I have not been able to find anything similar here in the US, but Lakrids by Johan Bulow ships worldwide (it’s not what I used in this recipe but it’s equally delicious and will work just as well). 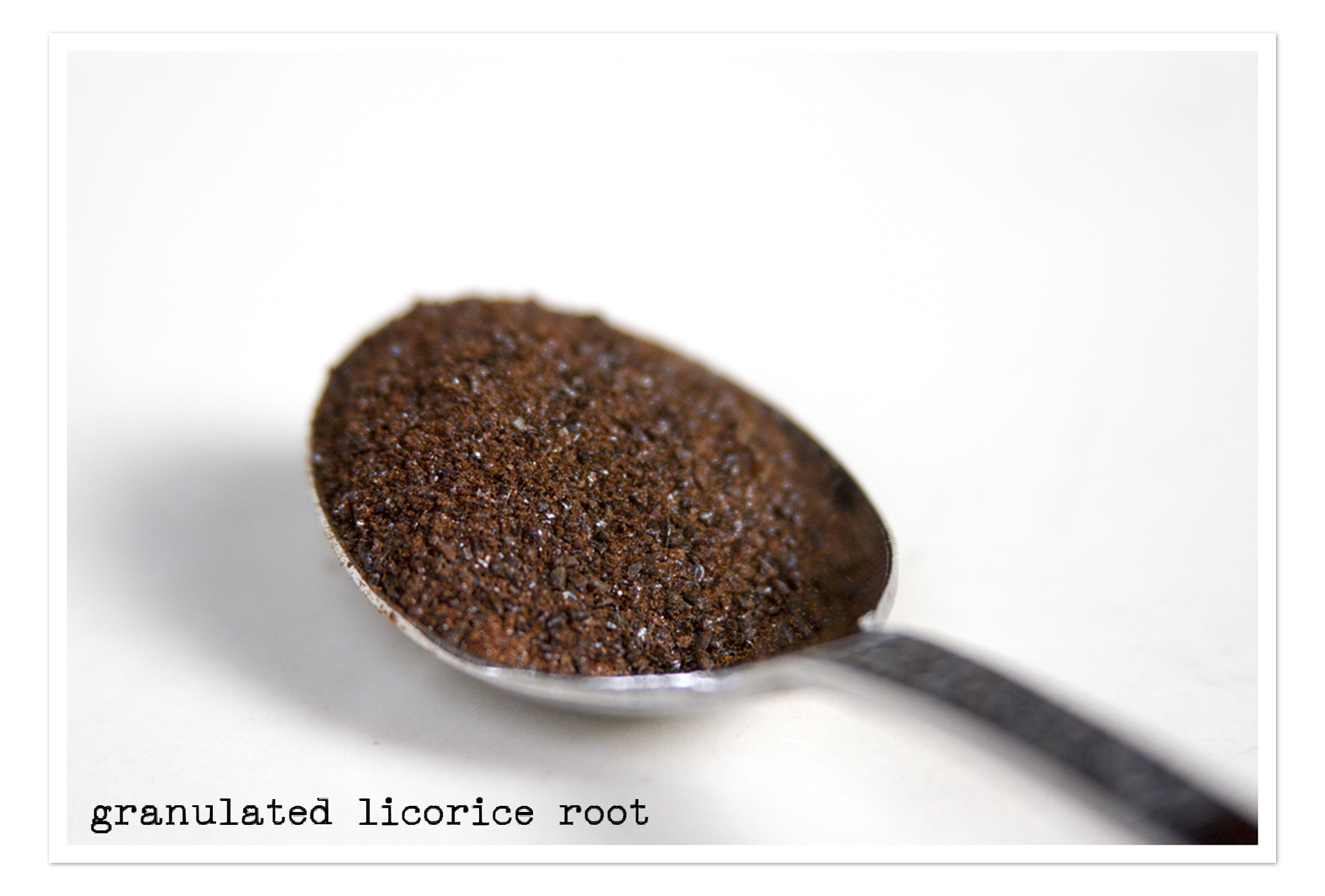 Note: if you take certain medications, are pregnant, have high blood pressure or certain other medical conditions, you should not eat licorice root. Check here to make sure you’re not at risk before trying this recipe. Please also read the Terms & Conditions page of this site.

And now, the recipe: I used a whole tablespoon of licorice, which gives the ice cream a fairly strong licorice flavor (and a pretty pale taupe color) – it might be a bit much for some, so play around with it to adjust it to your own taste.

If you want to make this recipe vegan, use sugar instead of honey. 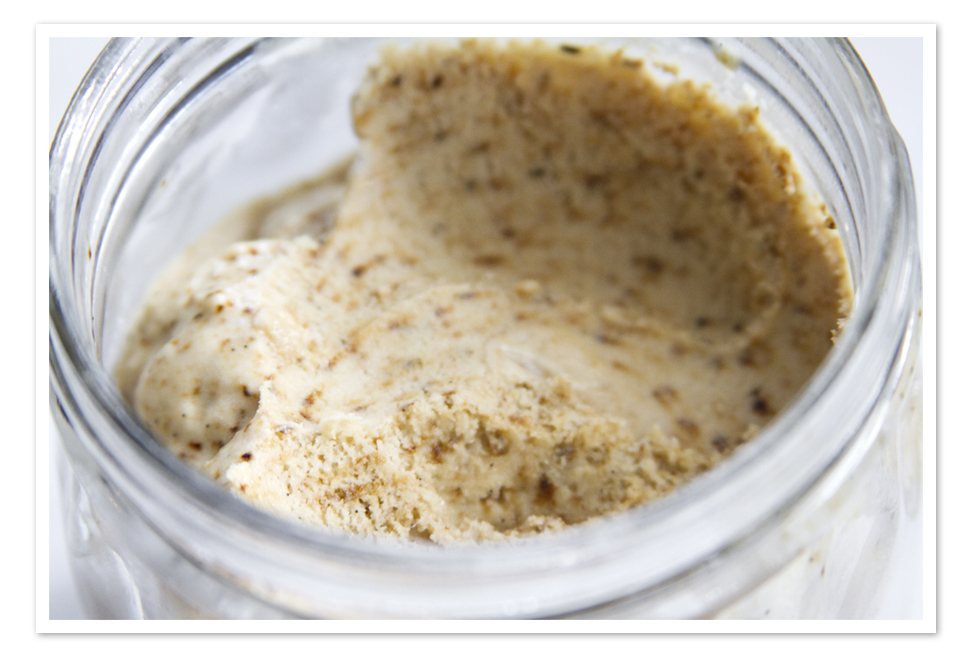 All content (including photos, layout and design) © Cattie Coyle