For some reason, I have been obsessed with orange lately. I’ve never really paid much attention to it, nor was it ever one of my favorite colors, but all of a sudden, I can’t seem to get enough of it. It’s such a cheerful, refreshing color, maybe that’s why. It’s been such a hot summer here.

And, like when you hear a new word for the first time, orange things suddenly seem to appear out of nowhere. I spend quite a bit of time online, doing research for various writing projects, and lately, it seems I can’t look for anything without coming across something fabulously orange that I just have to stop and take a look at.

I have started a “dream wish list” for furniture I want when I have the money and space for them. I’d probably not put them all in the same room, I think that would be a bit too much of a good thing, and I would like them to stand out as accent pieces, not blend in to an ocean of orange. I’ll just have to get a really big house. 🙂

Here are some of my favorite finds: 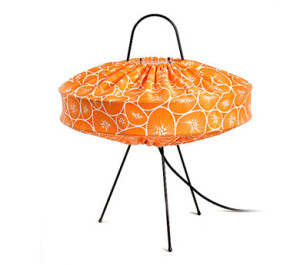 I have no idea who made this or when it was made, but I love it! It is from a series of wonderful photos by S.R. Gambrel called “Lower Fifth”. If anybody knows who designed it, I’d love to hear from you. 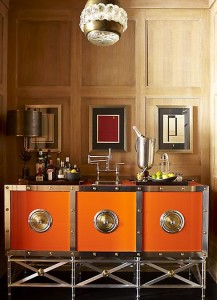 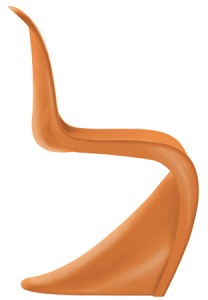 How could I possibly write this and not include one of my favorite Danish mid-century modern designers, Verner Panton? His designs are just awesome, and so innovative. I

love how he just designed things he wanted to create and didn’t care that people sometimes considered him crazy. Turns out he was right – just look at how they’ve all stood the test of time. It’s not news that he adored strong colors, and he actually even had a show called Orangeriet, with all orange stuff. An absolute must have in my orange living room is one of his “Panton” chairs

My next chair selection is also a mid-century modern, this one by Finnish Eero Aarnio. He designed the “Ball or Globe Chair”, also known in Sweden as “Åskbollen” (the Thunderball) in 1963, and when it was shown at the the international furniture fair in Cologne in 1966, it was an instant hit.

I’ve never been to Morocco, but I would love to go there on a shopping trip. I can’t get enough of that Moorish design… just look at this adorable leather poof 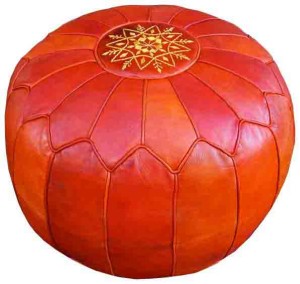 Now for something more contemporary: the red and orange “Flow” sofa by Kay + Stemmer. Love those bright colors and rounded shapes! 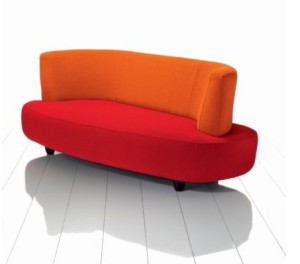 Or, another of my all time favorites, Arne Jacobsen’s “Swan” sofa. Always gorgeous. 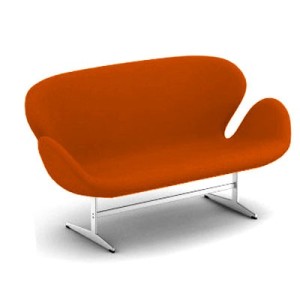 I love things that have multiple uses, and the Itboxes by Swiss designers Valérie Jomini and Stanislas Zimmermann fits that description. They are made from polished aluminum and come in several different colors and sizes, and the best part is that you can use them as a whole bunch of things: coffee tables, wall shelves, desk shelves and more. 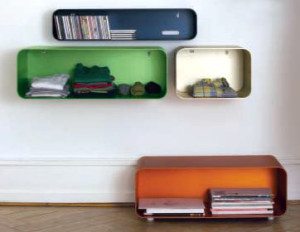 That’ll have to do it for today! I don’t even want to think about what the bill for this shopping spree would be! But if you can’t afford the real thing, you can try to get your hands on some of Arne Jacobsen’s fabulous doll house furniture, designed for Swedish toy company BRIO in the 60s. I had a doll house, but it wasn’t furnished by Arne Jacobsen! Although I had (and still have) a Saarinen Barbie table, so I guess I shouldn’t complain.