In part 2 of my Stockholm travel blog series, we visit Ulriksdal Palace, another quiet haven just a short subway ride from the city center.

As I mentioned in the Bergianska Botanical Gardens post, you don’t have to travel far from the city to find yourself in nature, and Ulriksdal is another excellent example of that. This is another place I had never visited before but immediately loved, and we returned here too for a second visit before going home.

Getting To Ulriksdal Palace

To get to Ulriksdal, you take the same subway train (red line) as you do for Bergianska, and just stay on it for one more stop. Once you get off the train, you can take a bus or walk. We walked, because the first time we visited, the bus was not scheduled to arrive for another half hour, and the second time, we knew how close it was, and didn’t bother with the bus. It’s a quick walk; the first part is along a not so pretty, fairly busy road, but once you turn down on the street ultimately leading to the palace area, you find yourself on a quiet road through the forest.

When you start getting closer, the narrow country road is lined with huge old trees, and you pass adorable little cottages that used to be guard posts, but are now homes to some lucky people. There are pastures with grazing horses right next to them and while there is a bit of traffic on that road (the occasional car going to the palace), it is so peaceful, and I would move into one of these cottages today if I could. In fact, further down the road, we saw a for sale sign, but tempted as we were, we didn’t stop for a look. It would just have been too tempting! 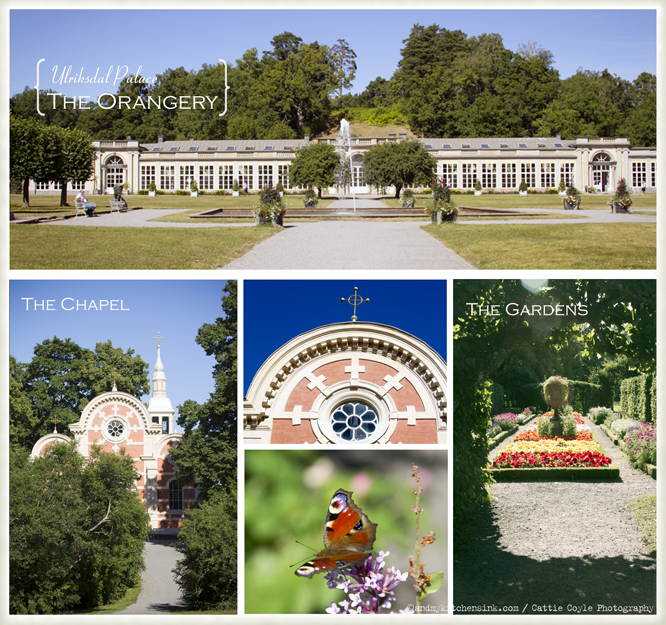 To be honest, the main reason we visited was not cultural enrichment – it was because I had seen a flower pot from Ulriksdal in Skona Hem, my favorite Swedish decorating magazine, a few months back and wanted to see if they came in sizes small enough to fit in my suitcase – but what a lovely surprise the entire place was!

Ulriksdal, which dates back to the 1600s, sits on the banks of Edsviken (and inlet of the Baltic Sea). There is a palace, an orangery with a museum, old stables and a cafe (all buildings in what B refers to as Swedish yellow, he says he sees that particular color on tons of houses, and once I started looking for it, I realized he’s right) as well as an adorable chapel (where you can get married if you wish – in fact, just as we were leaving that day, the male members of a wedding party arrived) and a few other buildings on beautifully landscaped, expansive grounds.

We visited on a weekday, and there were other people there, but it never felt like it was too crowded or busy, it was quiet and lovely like everywhere else in Sweden. Dogs are welcome in the park, and there were lots of them to our delight. The park itself is free, and there is a small charge for the palace and the museum but we didn’t go in, it was too nice out. We just wandered around instead, and had lunch at the cafe, where I once again (twice, if you count both visits) strayed from my vegan diet and had another delicious cheese sandwich and a yummy latte (in a mug I wanted to keep!). B needed a sugar fix and had a piece of blueberry pie with vanilla sauce, which he said was amazing. 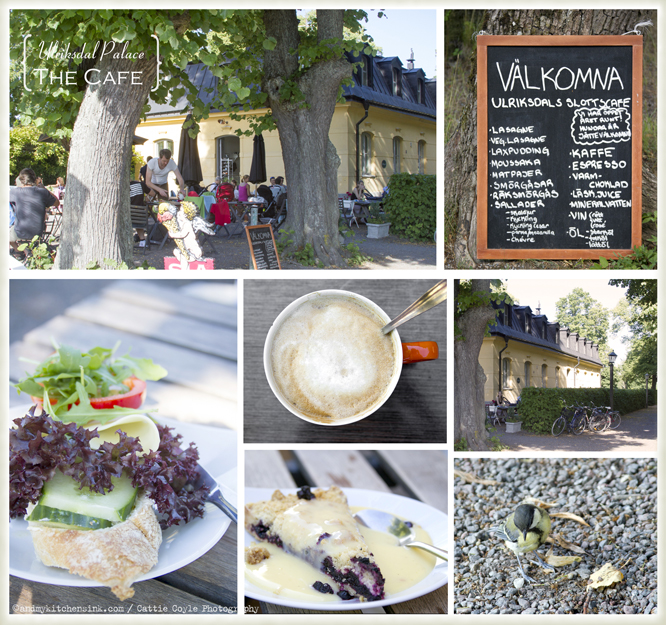 It was another beautiful sunny and warm day, and we sat at a table outside under the trees and ate and watched people play with their dogs on the lawn; sparrows asking for food; and a mama Duck with her ducklings patrolling the cafe area. There were some adirondack chairs set out facing the lawn, and some people had settled in with a glass of wine and a good friend or something to read and were clearly spending the afternoon there. Swedes really know how to enjoy life in a quiet way!

But I still hadn’t been able to find the shop with the flowerpots, so I went in and asked the guard in the orangery, who told me that down the road, there is a garden with a shop and cafe as well and that was probably where the pot came from. And the Ulriksdal Market Garden turned out to be another favorite of our trip.