I usually prefer wine, but when the weather gets really hot, I think even white wine is cloying, and all I want is a nice, refreshing, preferably low alcohol beer. Corona, Hoegaarden and Kingfisher are usually my warm weather go-to beers, but this year I thought I’d give a few of the many summer beers around a try.

I asked my beer-loving husband if he would be up for a little taste test and note taking, and he enthusiastically agreed. 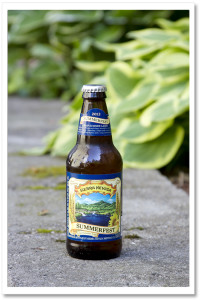 We usually like very different types of beer; he prefers very bitter IPAs (especially from California) and I like light, crisp ones as well as those that are more on the malty side, but we did find a few we agreed on here:

Sierra Nevada Summerfest – Chico, CA. 5% alcohol
Has a very pretty, clear golden color. Refreshing but still with lots of flavor. A delicous, bread-like lager with a crisp, hoppy finish. Just bitter enough for me, a little bit more would have been too much for my taste. One of the two #1 beers in this test. 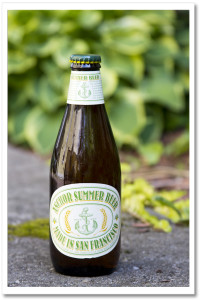 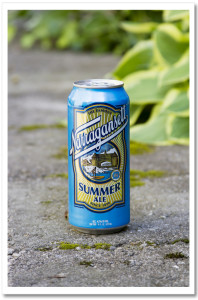 and my husband has tried several of their other beers and liked them, so I gave this a shot even though it comes in a can. I know that cans are making a big comeback and are the hip thing now, but I still prefer beer in bottles. But I’m glad I tried it anyway – this is a delicious beer, it has a nice, clear, light almost amber color with a distinct scent of apple. It is light, crisp and refreshing, a tiny bit sweet but with a perfect level of bitterness and there is a vague flavor hint of non-alcoholic apple cider. We both agreed it stands out among the rest, and declared it our #1 beer of the bunch (tied with the Sierra Nevada). 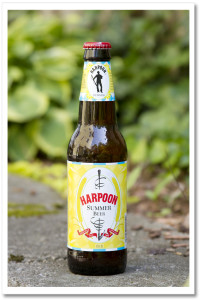 Harpoon Summer Beer, Boston, MA. 5.0% alcohol
This is a Kölsh-style beer (Kölsh is a type of beer brewed in Cologne, Germany, and it is traditionally a pale yellow with a pronounced hoppiness). It was the palest of them all and has a nice, bready nose. It is crisp, fresh, and slightly sweet with a nice bitterness. My notes say “just the right balance of bitter and sweet”. It came in as #2 on our list. 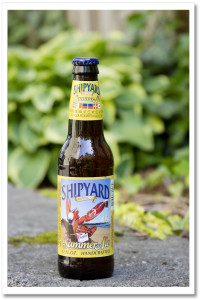 A bit darker and more bitter than the rest. It had a nice lager flavor, but we didn’t find it very interesting. Not a favorite (cute label though).

Celcius Summer Ale, Baxter Brewing Company, Lewiston, ME. 4.7% alcohol
Another beer in a can, selected by my husband (I love the orange top on the can). The founder of Baxter Brewing, Luke Livingston, was recently included in Forbes’ 30 under 30 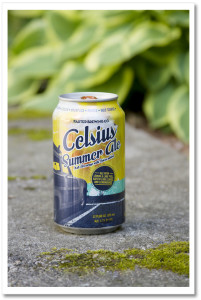 where they called him a pioneer because not many craft beers come in cans. It has a pale yellow, slightly cloudy (it’s unfiltered), almost Hefeweisen color with a citrusy and herbal nose. The citrus comes from the fact that lime, Kaffir lime leaves, lemon and lemongrass is added to the beer, and I don’t like “stuff” in beer, so the taste notes are all my husband. He described it as interesting, very nice, fairly bitter with a light aftertaste of lime. I would put this last on the list, he put it somewhere in the middle.

So, the clear favorites here were the Sierra Nevada and Narragansett, we both highly recommend them. What’s your favorite summer beer?

Not a beer drinker? Check out my post on Pinot Grigio.