Well, ask and you shall receive, indeed! In my post about biodynamic farming yesterday, I was lamenting the 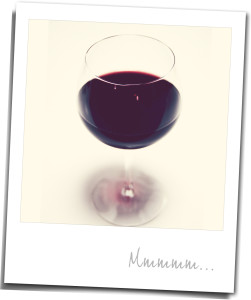 fact that we are not allowed to order wine online in Massachusetts, one of the few remaining states where laws like that exist.

Today, I got some great news in my inbox: an email from the organization Free The Grapes announcing that this law was ruled unconstitutional by the US Circuit Court of Appeals for the First Circuit.

I quote from Free The Grapes:
“A 2006 Massachusetts statute banning winery-to-consumer shipments from wineries producing more than 30,000 gallons per year, and who retain Massachusetts wholesalers, was ruled unconstitutional yesterday by the US Circuit Court of Appeals for the First Circuit. Attorneys anticipate that the next step is for the state legislature to consider implementing the model direct shipping bill, language that is working successfully in the majority of U.S. states.

The announcement affirmed previous U.S. District Court rulings in November 2008 by Judge Rya Zobel, who later enjoined the state from enforcing Sections 2, 18 and 19(F) of MA General Law Chapter 138. The decision was then appealed to the 1st Circuit U.S. Court of Appeals.

“The capacity cap idea is now dead,” said Jeremy Benson, executive director of Free the Grapes! “Capacity caps were a lightning rod for consumer anger. The idea has been introduced unsuccessfully for four consecutive years in Florida, was argued before the U.S. Circuit Court of Appeals for the 9th Circuit last September, angrily opposed by consumers in Ohio, and finally ruled unconstitutional in Massachusetts,” he added.

I can’t wait for this new law to go into effect and start trying out more biodynamically grown (and other) wines!